Sometimes different types of writing combine into cross-genre territory. Like my latest project, self-published on this site in 3D FlipBook form – A Memoir in Blackout Poetry. Definitely poetry, and definitely memoir. I’d love you to take a look. The book includes my introductory essay to the project, “An exposition” (written in April 2021) and 75 poems found within issues of The Observer Magazine printed between April 2016 and January 2018.

My most recently published poem outside of my own website was a sestina “She Looks”, which featured in the online journal LossLit Issue 7 (April 2018). The journal side to LossLit has been discontinued and the associated website no longer exists. However, the principle of #LossLit as a community writing club on Twitter (and where it all started) is still going strong. Read more about it here.

I started contributing to #LossLit in 2016. You can see all my contributions here.

Poetry excites me. It’s the primary way I choose to express my creativity. That’s why I participated in the National Poetry Writing Month challenge to write 30 poems in 30 days during April 2013. You can read all the NaPoWriMo poems here. I haven’t yet committed myself to the same task since, but I will share the occasional poem with you when the inspiration takes me. Like this poem (below) ‘Under Construction’. Oh yes – there are so many ways to create a poem! 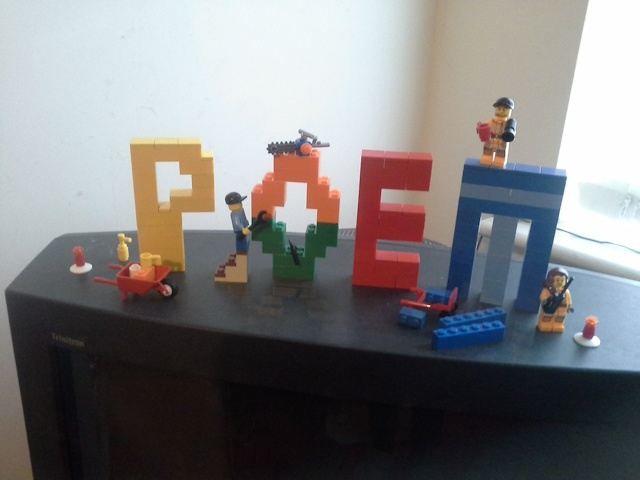 I was around the age of 16 when I first considered there might be a possibility of calling myself a poet one day. I’d always wanted to become a writer; aspiring to ‘poet’ felt like something else entirely. Of course I’d written many poems before that age – in school lessons, and for my own enjoyment at other times. But it was at 16 that the desire to express myself through poetry really became significant. Brian Patten was a considerable influence for me when I started to seek out contemporary poetry as a reader. He made me believe that poets could be challenging and popular, witty and punchy – cult figures, in fact!

The first poems I submitted for publication were to Yorikle, the literary arts magazine at University of Leicester in 1988 or 1989. ‘Feminist Poem’ (written 1986 – audio to be added to this site soon) was one of the poems published, probably the first poem I’d written that made me feel I really had something to say. After that, I seem to have submitted only academic writing for a good few years. But you can be sure I was playing with magnetic poetry behind the scenes, and beginning to experiment with websites and how to make words move on the screen. You can see some examples in my multimedia studio. Other poems may not move, but they are formed through images, such as this bookstack poem.

I’ve studied poetry and creative writing in modular online workshops with the trAce Online Writing Centre and Season of Inspiration, as well as attending day courses organised by Chroma editor Shaun Levin (‘Cross-genre writing’ with Betsy Warland), The Poetry School (‘Poetry and home’ with Neil Rollinson; ‘Writing your self’ with Myra Schneider), Brewers’ Troupe (‘Poetry, performance and pizazz’ with Emma Purshouse and Heather Wastie) and at Nottingham Writers’ Studio (‘Home and Away’ with Jo Bell and Angela France).

I’m a member of Nottingham Writers’ Studio and I also participate in the women’s poetry group, Soundswrite, which meets in Leicester.

I’m continuing to explore poetry more as spoken performance. In February 2013 I took part in a LGBT performance event at Nottingham Festival of Words. You can read the review here. Future performances will be highlighted on my blog page.

You can watch me performing one of the poems especially written for Nottingham Festival of Words below. I created this video as a celebration for LGBT History Month in February 2014: Spindle Remakes: a poem of LGBT connectivity

See more video of me in performance at my multimedia studio.

Other readings have included: